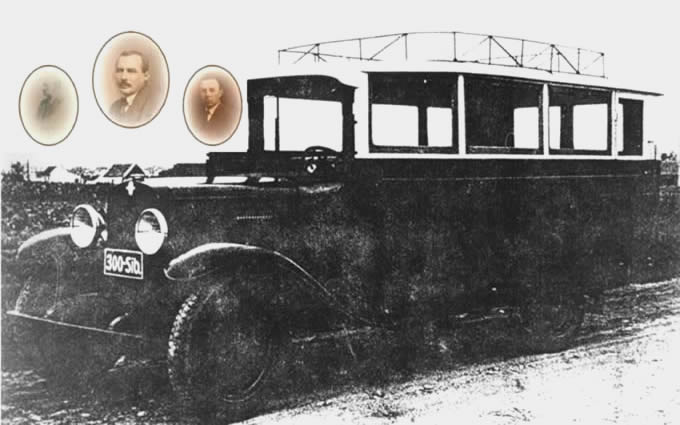 Joseph Datky learned and perfected the auto body builder craft from the age of 19, by working as a laborer and then as an apprentice for a carts manufacturer in renowned workshops in Timisoara and Budapest. Upon completing the training, Datky not only received highly appreciative letters of recommendation, but he also presented in 1898 in Paris the detailed plan of manufacturing a coupé. The products made by his factory in Sibiu were in demand both in the country and abroad. As means of transportation evolved, Joseph Datky began to manufacture automobile bodies.

Shortly after its establishment, from the auto body shop founded by Joseph Datky, the first springs factory ("A. Datky & Eng Georgius Fisher") emerged. The factory produced springs for carriages, cars, wagons and locomobiles and despite only having 20 workers, the factory had an annual production of approx. 10 wagons of springs. Joseph Datky's son, Arpad, learned his father's trade in his workshop. He went abroad where he perfected his craft at the IM Mayer carriages factory in Munich. He returned to Sibiu in 1903, when the springs factory "Josef Datky & Söhne" has been established.

In December 1934 the "Elastic A Datky & Co." factory moved to today's Dorobantilor Street. Under the name Elastic Factory the company is enjoying great success. During the Second World War, out of the 3 bombs that fell over Sibiu, one hit the elastic factory yard. In 1948 the factory is nationalized and changes its name to State Elastic Enterprise.

In 1969, by merging IMS Elastic and Automecanica Sibiu Factory appears the Auto Parts factory Sibiu, which changes its name in 1973 to Auto Parts Enterprise Sibiu.

Arpad's son, Josef Datky, was arrested and sentenced to prison for political reasons in 1957 and carried his sentence at the in Targu-Jiu punishment camp.