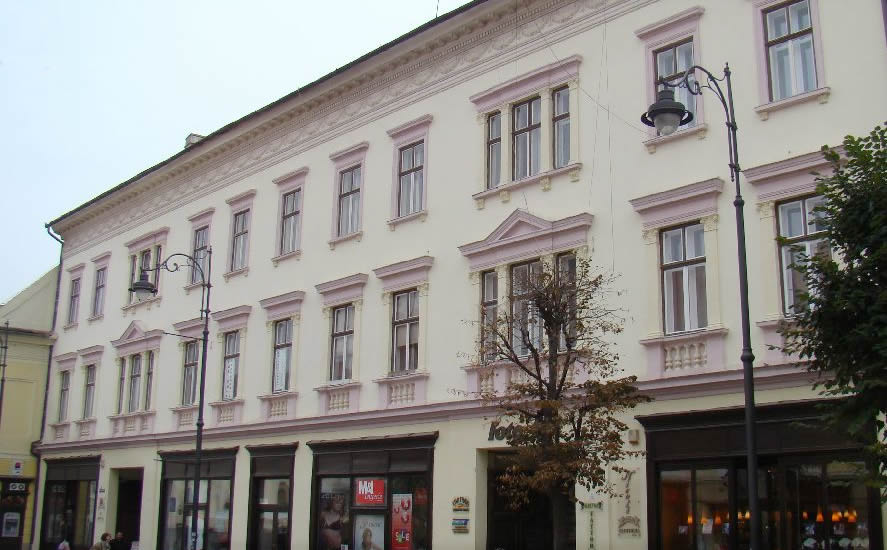 A ground floor and two floors building. Along with two other buildings they form two courtyards.
The eclectic facade is divided into eleven axes with two access corridors.

In the old building Ioan Slavici’s Tribuna had its first office between 1884-1889.
Here was the office of the largest insurance bank from Transylvania, opened in 1868.
In the building behind building no 3 was, since 1900, Emil Fischer’s photographic studio.