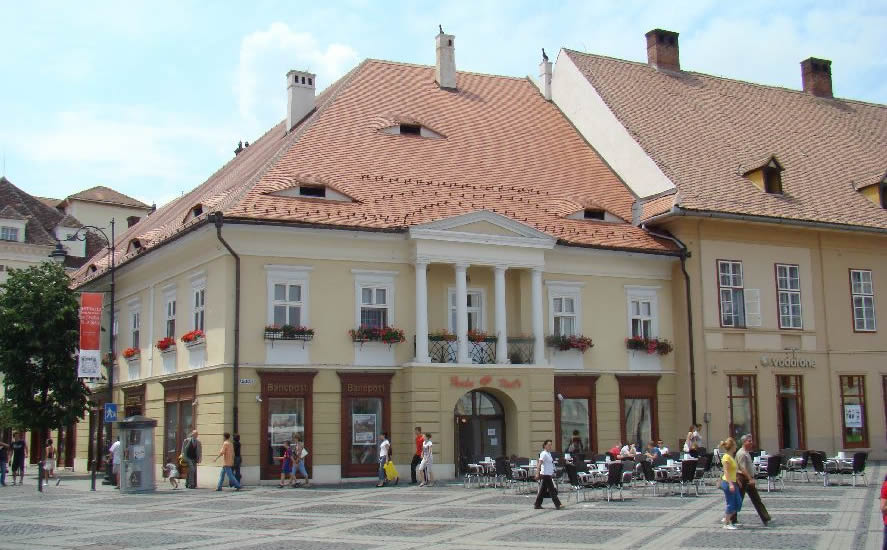 The building at no. 2 has a more interesting wing towards the Large Square presenting four windows separated by a triangular jutty pinion which are supported by four columns with Ionic column heads executed at the beginning of the 19th century. The building preserves traces of the old house erected around the 15th - 16th century.
The four buildings house which occupy the entire space between The Great Square and “Imparatul Romanilor” Hotel.
Towards Balcescu Street, the building exhibits a repeated facade with thirteen axes upstairs, eight eye –skylights, placed on two levels.

The building was bought by the Sparkasse Bank, which used the floor of the building facing the square as a residence for the bank manager.