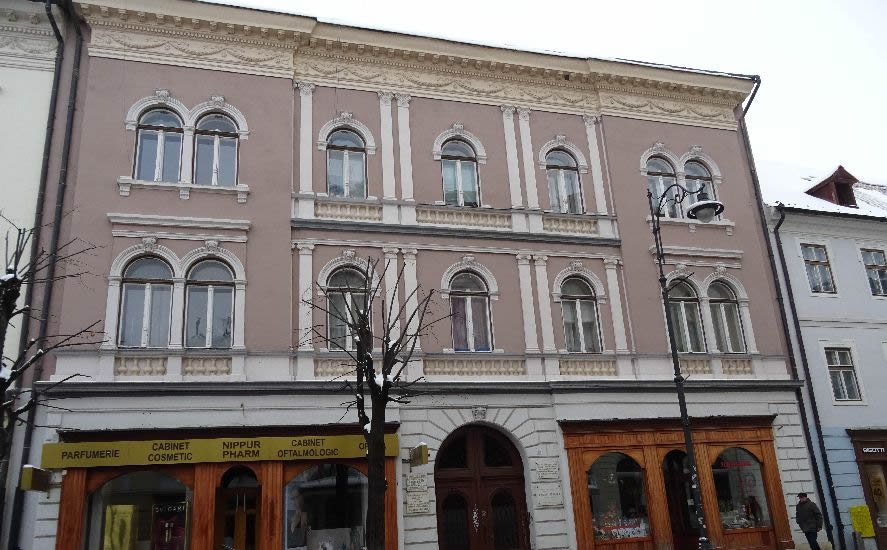 There are four commemorative plates on the building. One of them, from 1964 refers to the fact that there lived composer Timotei Popovici, animator of musical life in Sibiu. The second, located in 1968, states that the building which existed in this place housed the first office of the Romanian National Committee elected by the Convention of 3rd /15th  of May 1848 from Blaj. The third indicates the fact that here lived the forty-eighteen combatant Iacob Bologa. The fourth indicates the fact that here lived Dr. Lucian Bologa.

The building that exists on this place was bought in 1920 by the bishop Vasile Moga who established here the episcopal residence. The Orthodox Theological Seminar functioned here until 1964 and also here Saguna opened the first printing house in the building behind, towards Timotei Popovici Street in 1850.
At this address ASTRA was set up on March 10th 1861 and also here worked the first Romanian library from Transylvania until 1872 when it moved to Saguna.`
Among the personalities who lived at this address: Timotei Popovici, Iacob Bologa, Dr. Lucian Bologa.