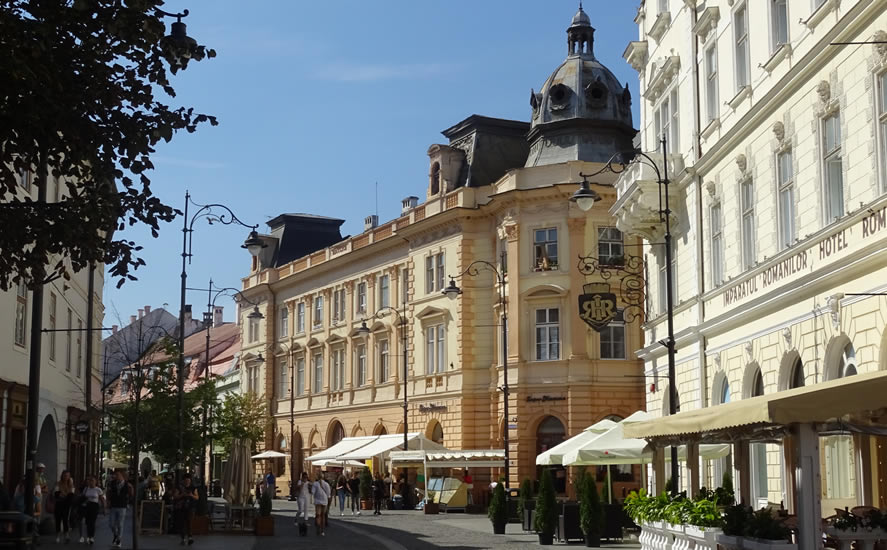 The basement, ground floor and two upper floors building is situated at the crossroads of Balcescu and Xenopol Street and it is built on the former “Imparatul Romanilor”  Inn, which had this function since 1555. The main facade is played on plaster pilasters, with Corinthian column heads, along the height of the two upper floors. The ridged roof of the three wings is rhymed by truncated pyramids emphasizing elements placed above the high skylights jutty, in a semicircle, three-ridged covered, based on a parapet with balusters.
The two corner volumes are covered by skylight cupolas with round hollows, completed by a lantern turret with columns.

The commemorative plaque on the building indicates the fact that “In this building operated between 9th of December – the autumn of the year 1919 the Ruling Council of Transylvania, elected on December 2nd  1918 at the Grand National Convention from Alba Iulia”

The building was intended to become the Corps Commandment headquarter, which operated here between 1892-1918.
On November 7th 1918 the Commandment moved to Cluj, in the building setting up the Ruling Council of Transylvania, which will operate here until November 17th 1919.