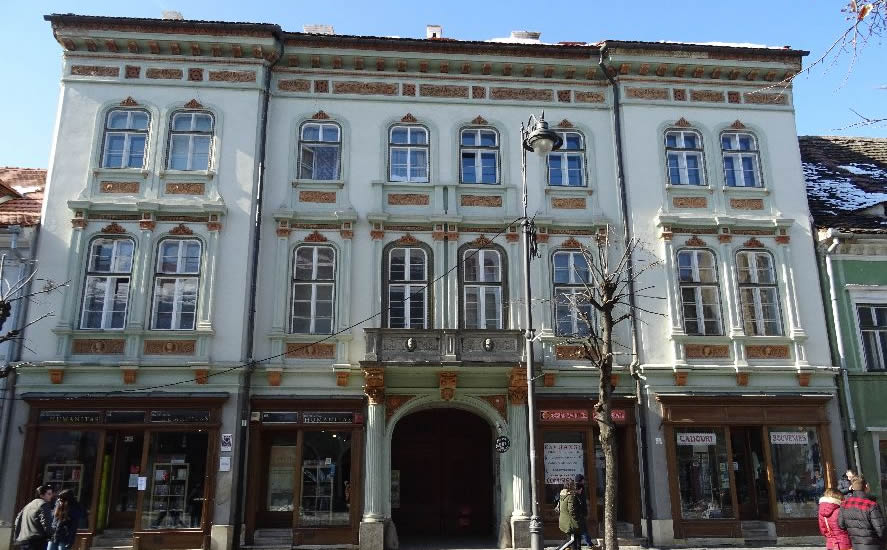 Monumental building made up of several bodies, forming together an enclosure with the two otherbodies from 9 Xenopol Street. The building facing the street is made up of basement, ground floor and two upper floors.The courtyard access is made through an arch gang,cross-vaulted with circular vault keys. The ridged roof displays three eye skylights. The traditional joinery are kept at the windows.

- The richly decorated facade, floral panels, consoles and the central balcony supported Corinthian capital columns, human masks on the first floor
-  The staircase with semicircular niches and with the metal hardware of the railing (the end of the 19th century)
- The arcaded courtyard gallery. There have been discovered traces of mural paintings on the ceiling

In the 19th century at this address functioned the Othmar Pfaundler Bookshop where Emil Sigerus worked when he was young.
Here lived at the end of the 19th century Partenie Cosma si Dr. Karl Wolff.
On October 1st 1937 the Industrial School for Girls (eight grades) is opened here.