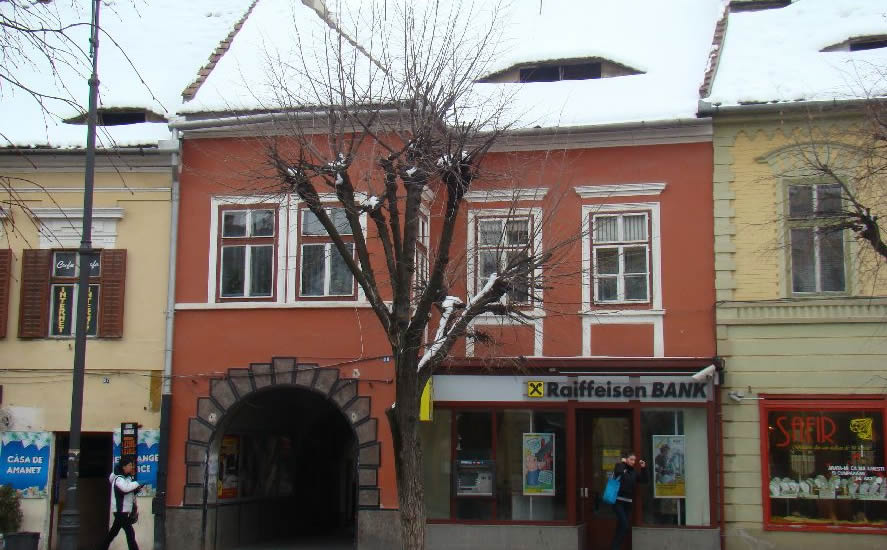 The building facing the street, made up of basement, ground floor and an upper floor, with the longer side on the right. On the ground floor  there is the entrance corridor. Upstairs there are five windows, and a side one on rezalite. Ridged roof,double eye skylight.

During the interwar period the building was occupied by the Romanian Bank.
Behind the plot, there is opened on December 25th 1936 Corso Cinema. It was the most luxurious cinema in the town, with a 1000 seats. During the communistic age, this will be called  Pacea Cinema. It was demolished in 2009.