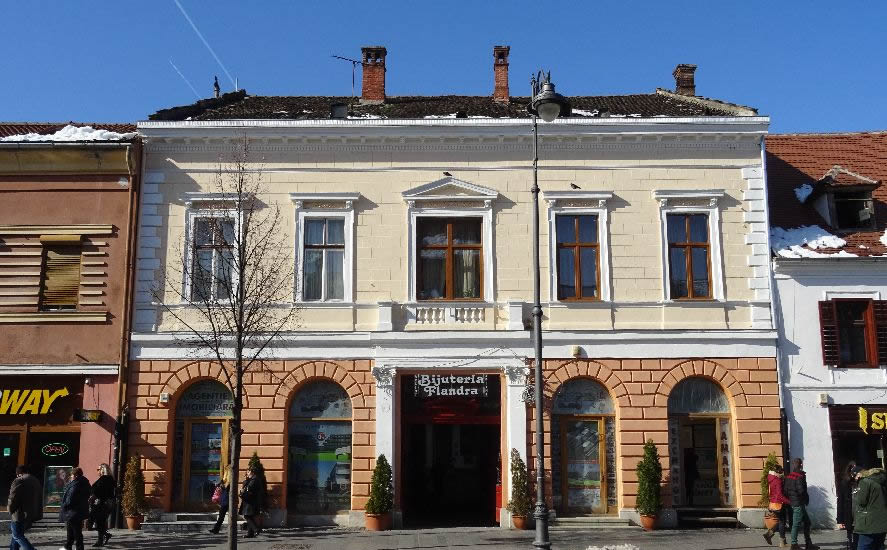 end of the 19th century

- The access corridor has massive beams supported on pilasters,with Corinthian capitals,among which there are profiled frames;
- The semi-cylindrical staircase, displays some niches decorated with statues and richly decorated wrought iron railing (the end of the 19th century
- The flowing supported on consoles, made of cast iron, in a Neogothical style;
- The Neoclassical facade, richly decorated with stucco on Corinthian capitals

The house was built at the end of the 19th century by Gustav Reissenberger who owned a shop on the “Small Square” no.1
It will remain under the property of Reissenberger family untilthe nationalization