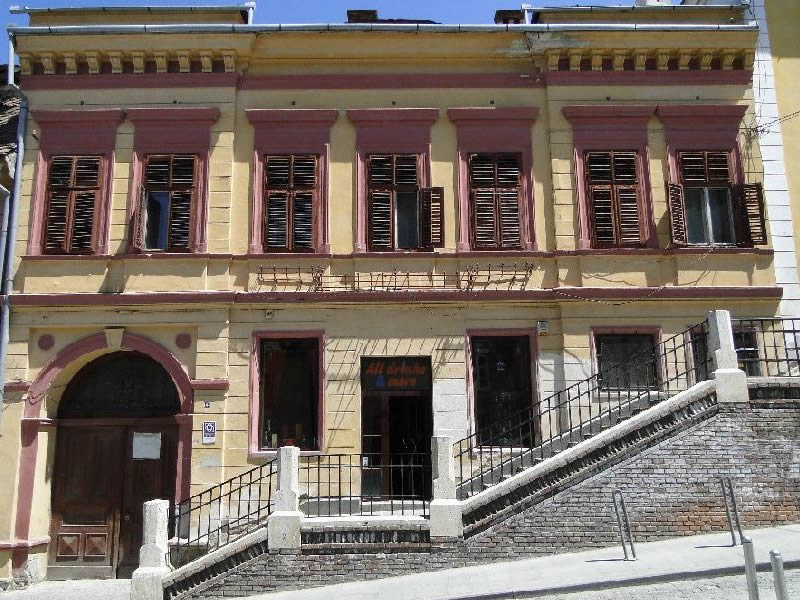 The courtyard building is made up of ground floor, upper floor and a semi-basement. The street facade has six axes on the ground floor and seven upstairs. Upstairs there are seven windows, window sills and adjustable slats shutters. Ridged roof, with the ridge parallel to the facade, with a double eye skylight.

The 2nd precinct wall was concrete paved in the 60s

The house built by the chemist Karl Jikeli in 1881 who moved here Coroana  (Zur Krone.) Pharmacy.
In 1908 here appears Pissel Karl  & Schmidt,and during the Second World War the pharmacy belonged to Fritz Zober. In the communistic period here was Pharmacy no 20.