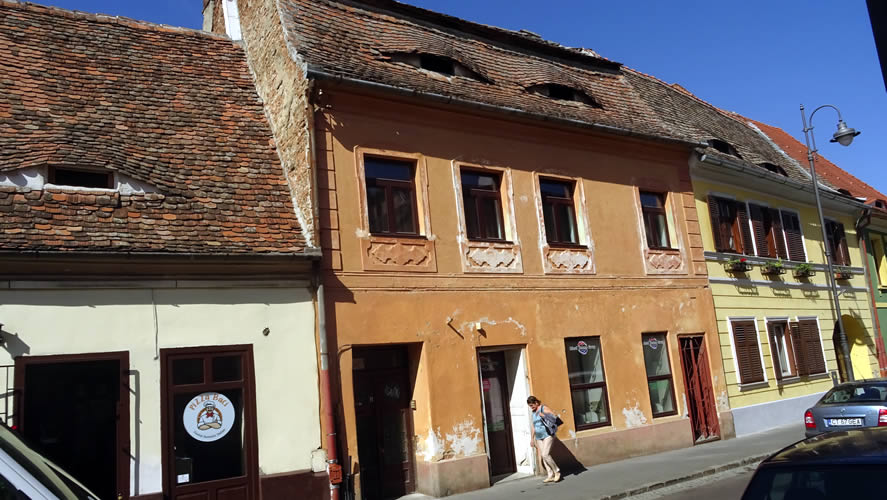 Ground floor and upper floor building; the floor was remodeled at the beginning of the 20th century. The windows upstairs, with traditional carpentry, display linear framing with flared corners that follow the upper arch side. Ridged, attic roof, with the ridge parallel to the facade has eye skylights.

Until the First World War, on the ground floor worked a fur store.
Here also operated until after 1922  Theil’s factory first retail store, which moved to no 3.