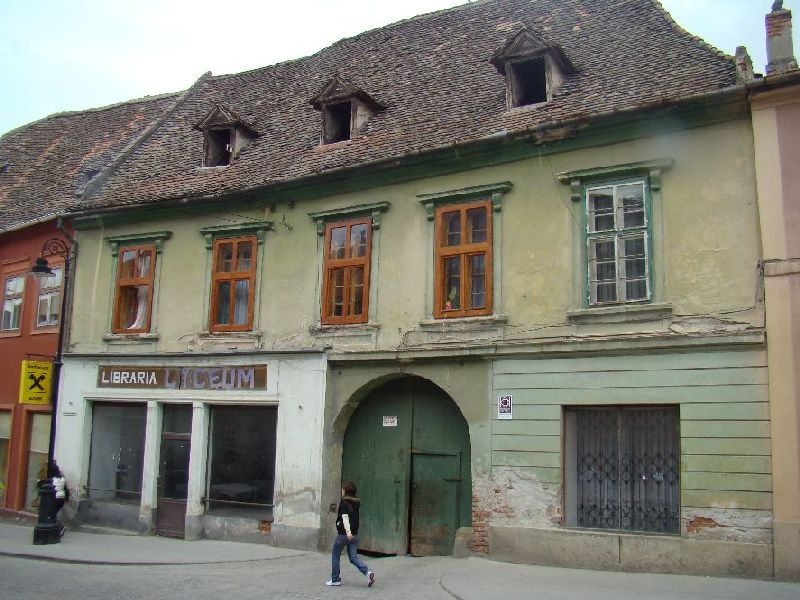 It might have been built in the 18th century and highly remodeled in the 19th -20th century.
The ground floor and upper floor construction, displays an U plan. High roof, with the ridge parallel to the street, three rectangular skylights with triangular gables.
On the ground floor, there were a lot of trading estates since the 19th century, clothing shops, underwear shop, hosiery and also a musical instruments shop.