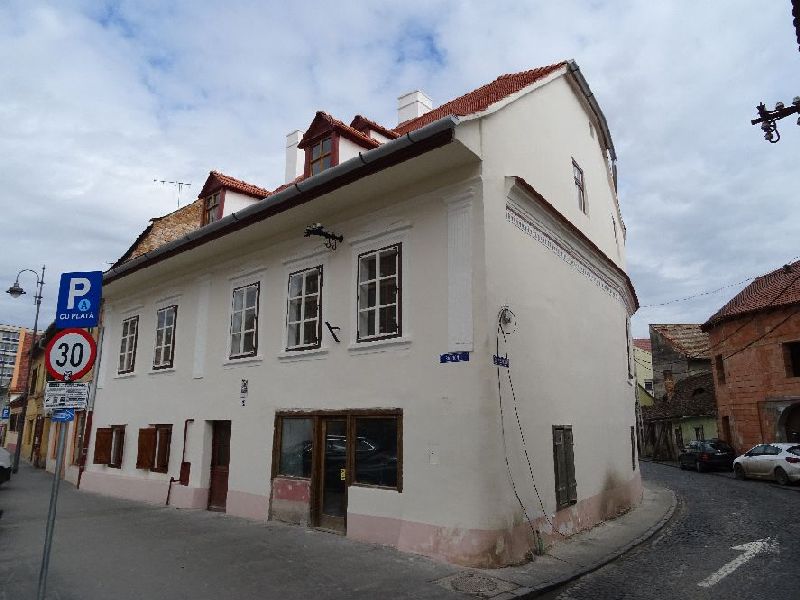 Building placed at the intersection of Pielarilor street, sharing the yard with no.1 house on the same street. Wide eaves, a roof with the ridge parallel to the street, two skylights and another one with triangular gables.