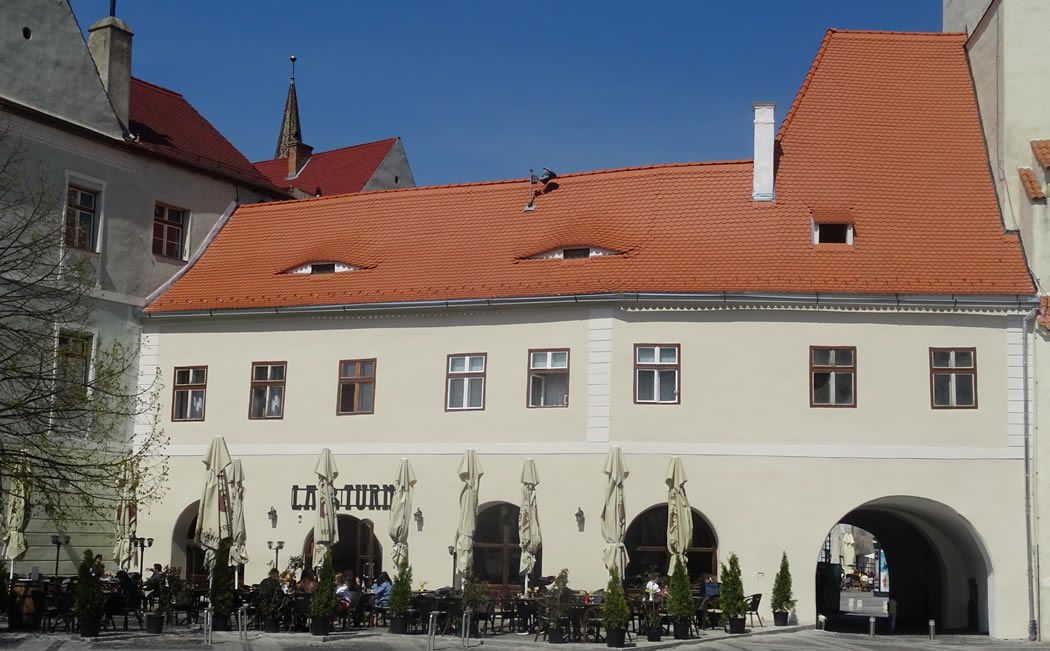 - Renaissance style door frame with fluted jambs, a framework with a central name plate dated 1652 and monogrammed MS which is placed in the large hall.

The Catholic Elementary School functioned here between 1862 and 1900.
The building was owned by the Reissenfels, a patriciate family, its last descendent, Georg Andreas von Reissenfels, having donated his entire legacy to the city in 1818 and founded several philanthropic associations. One of these associations was the Reissenfels Institute, founded in 1878 and having its offices in this building.
A kinder garden was mentioned to have functioned here during the period between the two world wars.
The arched passageway under the body on the right of the building was inaugurated in 1930 for a greater fluency of traffic.
On the present day space of the restaurant’s terrace there existed commercial spaces which were demolished at the end of the ‘60s of the past century, along with the opening of the “La Turn” Restaurant.