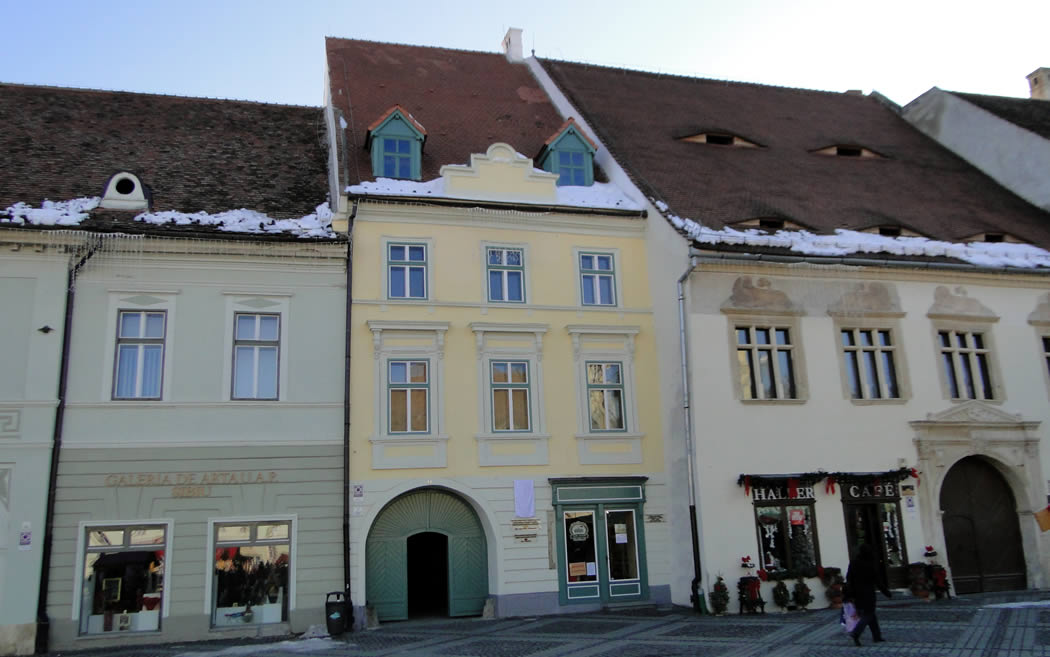 The main body is formed of a basement, a ground floor and two stories and displays a narrow façade looking onto the street.
The bodies in the back of the courtyard were erected at the end of the 19th century, when the one-story high main body was also built and the façade received its present day aspect.
The building has a two-ridged, abrupt roof, with a crest parallel to the façade and displays two flat rectangular skylights, which have been recently rehabilitated. The basement and the ground floor preserve in the passageway their semi-cylindrical crossed arches with penetrations. Other special stylistic elements are also displayed in the staircase (the crossed arch from the 18th century) and the ceiling moldings at the second floor.
The building presents wooden balconies with an adorned wooden handrail on both superior levels looking onto the courtyard.

- The façade displays windows with Renaissance style contours and in the center it shows the staggered pediment with a molding bass-relief representing two hands coming together (1898)
- The cylindrical arches staircase with  a wooden floor (the  18th century)
- The rooms at the first floor present a ceiling with plaster floral decorations, which were initially painted (the 16th – 17th century)

The first known owner is craftsman Simon Salter, after 1450.
Between 1475 and 1525 the house was owned by the patrician merchants Hans Wal and Anton Wal. During the 17th and the 18th centuries the house belonged to mayors Tobias Sifft and Georg Reussner, then to the Schnabel family, the Schünn family, the Kessler family, the Riegler family, the Kapp family and the Patzer family.  At the beginning of the 19th century, the building was in the possession of Gottfried Valentin Hanns, followed by Mike Georg.  In 1898 the house enters the possession of the Magyar. Burger-Leserverein Association.
A Hungarian Casino will function here until the World War I, with a storefront pub.
After World War I, the Billes & Co si M. Weltmann cloth store functioned at the ground floor of the building.