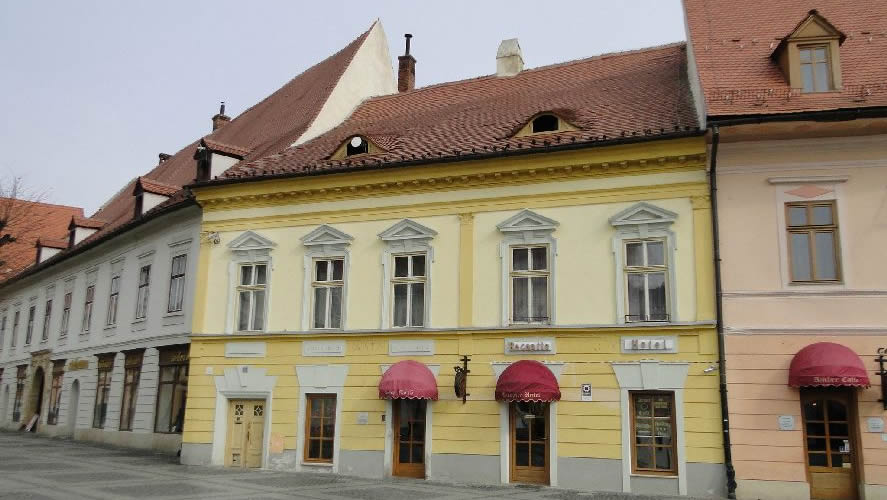 15th - 18th century with modifications executed in the 19th century

The house is composed of a basement, a ground floor and the first floor, one façade looking onto the square. The façade was eclectic at the end of the 19th century, displaying five rectangular windows (surmounted by triangular pediments). The pronounced cornice is supported by consoles decorated with acanthus friezes. In a vertical plan, the central line is bordered by pilasters with Corinthian column heads which are also present in the building flanks. The two-ridged roof has a crest parallel to the façade and presents two oval skylights. Access into the courtyard is made through a door present at the first building line on the left. Among the original elements which were preserved there are the semi-cylindrical arches on all levels (15th century) and the crossed arches present at the first floor.

At the end of the 18th century, the house had a central access at the ground floor, five Renaissance style windows at the first floor, two rectangular skylights on the roof, a shingle roof and a support buttress at the Northern corner (according to a painting by Franz Neuhauser junior)
The part looking onto the courtyard dates from the 18th century.
Wilhelm Nendwich owned the house until the beginning of the 20th century and Franz Reissenberger was in possession of the house until World War I. Dr. Ilie Beu owned it in the period between the two World Wars.