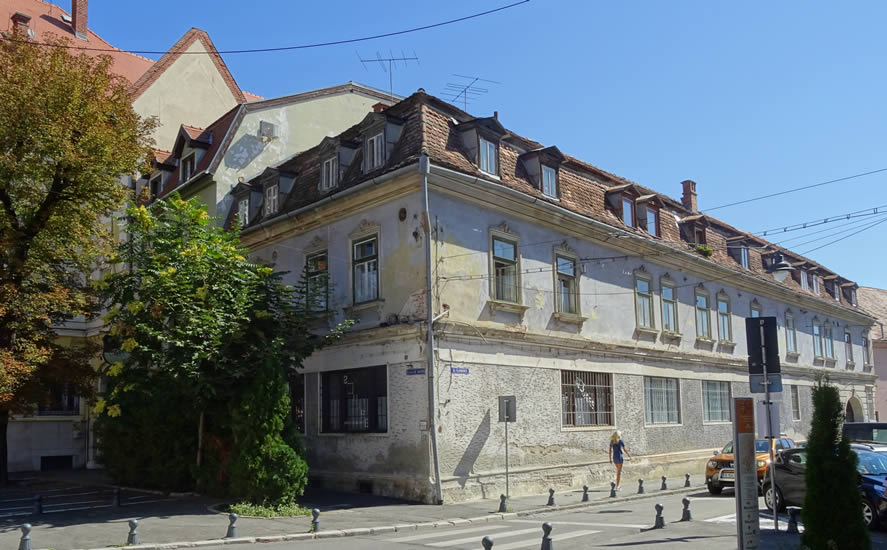 The building is formed of a basement, a ground floor and the first floor. At the first floor it presents 12 lines, disposed randomly. The windows at the first floor have a traditional woodwork and frameworks shaped out of plastering; on top of the windows, the lambrequin ornaments display a human mask at the center. The building has a pronounced gutter, a gabled roof in two steps and a crest parallel to the façade;

The gate displaying a bossaged framework and a gate with wooden leaves adorned with rectangular embossed motifs, presenting a wrought iron railing (the end of the 19th century)