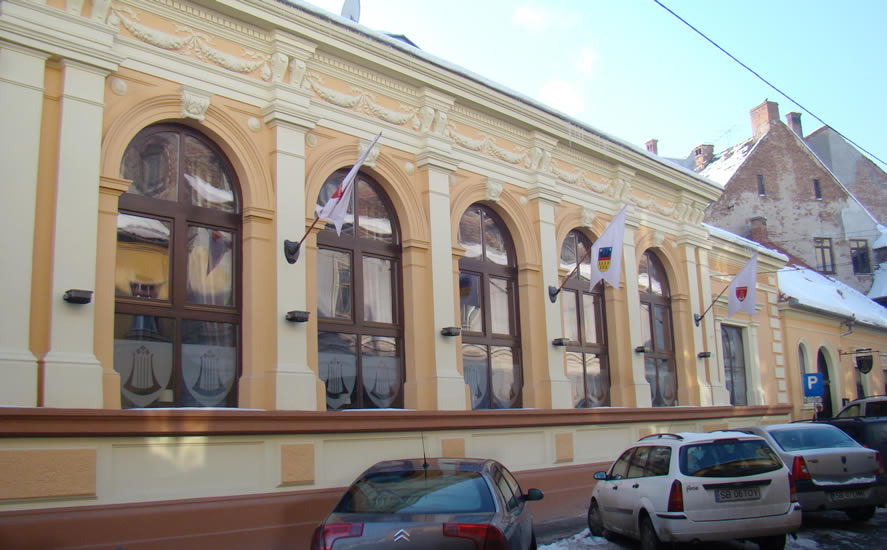 The building has a rectangular plan and preserves a part of the basement existing on this location. The façade of the jutty is formed of a foundation and a window sill displaying rectangular borders and a ribbon having the role of a window sill; then there are five tall semi-circular arched windows, parted by pilasters which are doubled in the flanks of the jutty. The two-ridged roof of the jutty has a single skylight with a triangular pediment.

The building hosted the Musical Association (Musikverein) and starting with 1949 it was the headquarters of the Philharmonics. After the Philharmonics moved into the Thalia Hall, the building hosting the children’s section of the Astra Library until 2008. Initially, the large musical audition hall was decorated with a pattern shaped paintwork.