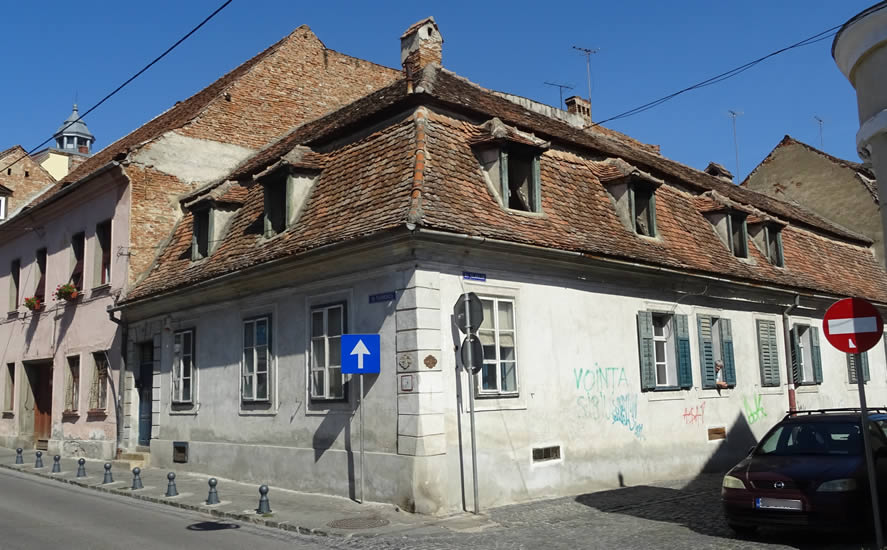 A building situated at the corner of Selarilor Street which is formed of a basement and a ground floor. Access from Filarmonicii Street is made through a rectangular, practicable door, displaying a bossaged door. It is structured on four lines towards Şelarilor Street, exhibiting windows with shutters made of adjustable lattices. The two-step gabled roof has a crest parallel to the facades; the tall skylights are covered with two-ridged roofs.

Franz Neuzil opened a bindery here in 1868 which will be taken over by his son, Emil Neuzil, in 1893. Later on, it will transformed into a cardboard factory and a bindery.