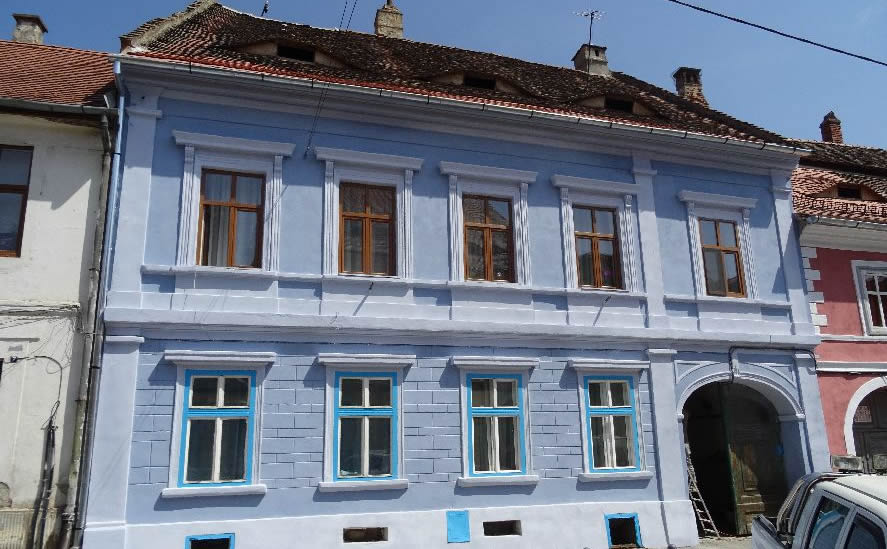 The house is formed of a basement, a ground floor and the first floor and is structured on five lines. The levels are separated by a pronounced cornice. At the ground floor, the four windows preserve their original woodwork. At the first floor, the window breasts are each marked by an embossed panel. The two-ridged roof has a crest parallel to the façade and displays three eye-shaped skylights.

Oskar Wittstock and painter Hertmann Hartmann lived here at the end of the 19th century, during the same period.