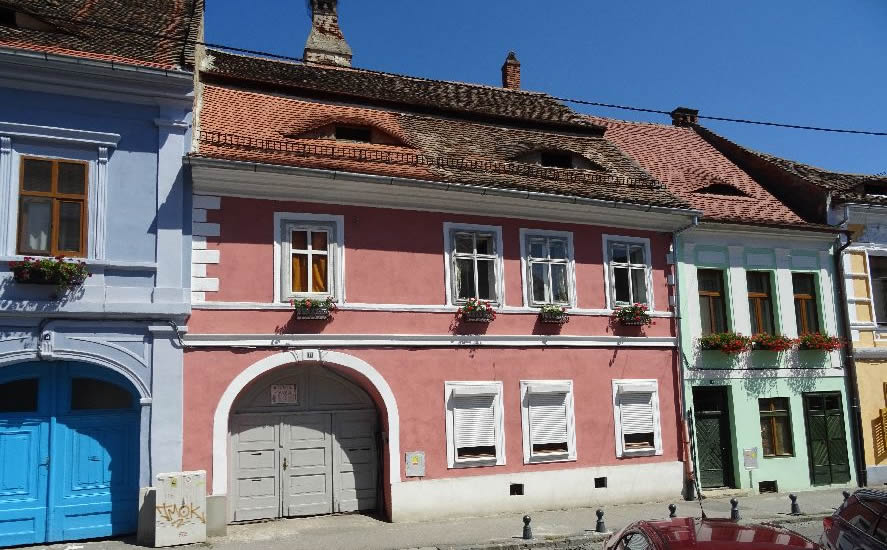 The house is formed of a basement, a ground floor and the first floor, its façade being structured on four lines; the line to the left corresponds to the access passageway. The two-stepped gabled roof has a crest parallel to the façade and two eye-shaped skylights. The passageway is shaped like a semi-circular arch, being highlighted by a plaster framework. One of the chimneys displays a monogram reading MH accompanied by the year 1859, representing the name of the owner - Michael Henrich – and the year when it was refurbished.

The building served as offices for the Elf Support Association which was founded in 1922.