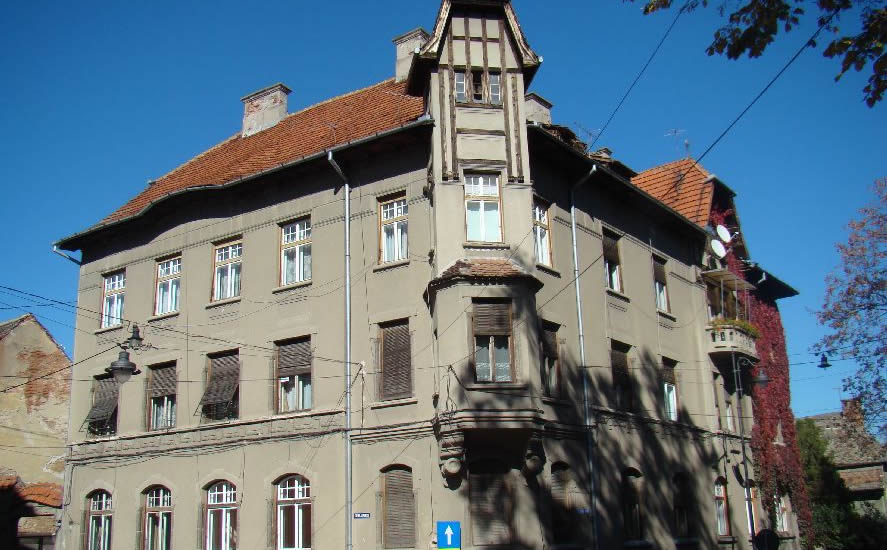 It is a report building on a rectangular plan, formed of a basement, the ground floor and is two stories high, being situated at the crossroad of Filarmonicii and Pompei Onofrei Street. The corner of the building is mitered, a window line existing here at the ground and second floor and an ample bow-window supported by massive consoles at the first floor. A small tower produced in accordance with the "fachwerk" technique rises above the second floor, on the corner, displaying a mitered triangular pediment. At the first floor, the façade looking onto Maternităţii Street presents a balcony with a three leafed loggia and a tracery railing, covered by a quarter of a sphere.

It was owned by Ludwig Fuchs who ran a store in the Large Square.