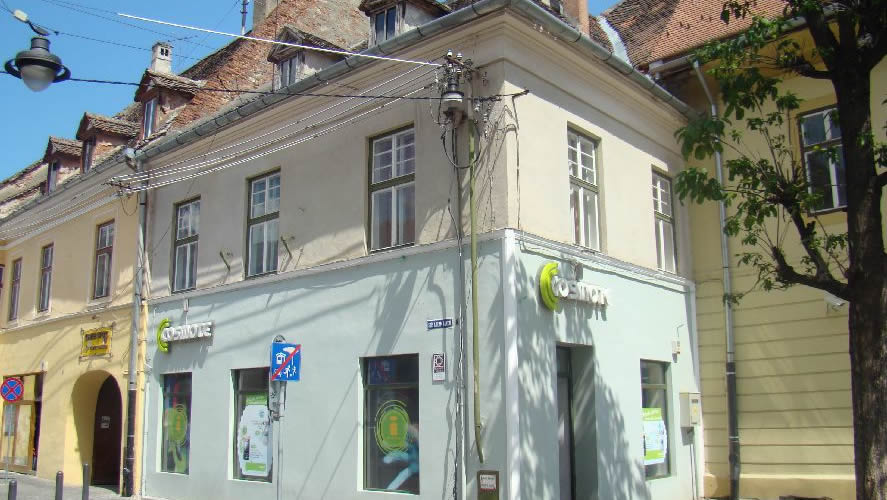 The main building made up of basement, ground floor and upper floor displays two axes to the square and three axes Avram Iancu. Three ridged roof, two rectangular skylights with triangular gables. Facing the no.4 house, the building keeps the triangular pinion o the medieval house.

In the 19th century the house belonged to Thallmeyer family from whom it was bought in 1910 by the Jickeli family.
Downstairs operated (since 1842) Jahn Franz Söhne’s store until the beginning of the 20th century.
Between 1892-1925 here was Schultz & Moess wine warehouse.
Until the nationalization, here were a musical instruments shop, a weapon and ammunition one and a cloth shop.