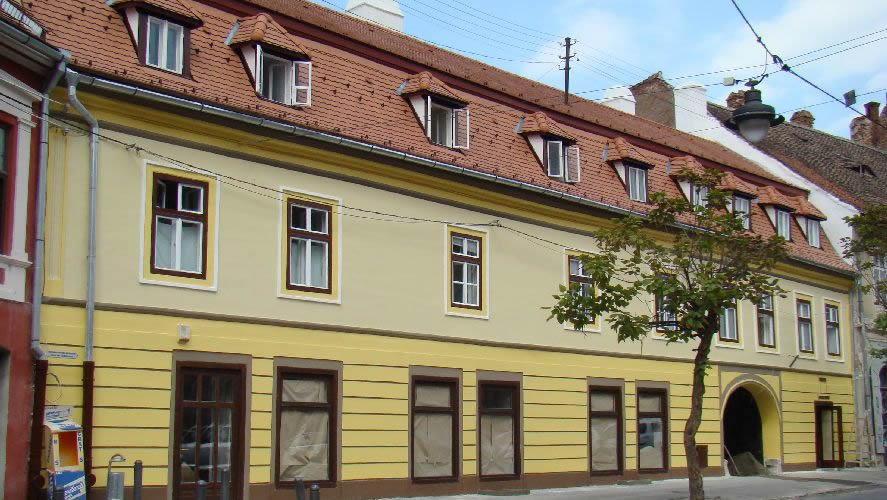 The house was owned by the Orthodox Church since the 19th century. The first store opened here was Johann Weiner’s store, in the second half of the 19th century. In the first decade of the 20th century here is opened a liquor warehouse, which was converted into a restaurant in the interwar period.
Centrally (on the left side of the corridor) the ‘Oastea Domnului’ Publishing House and Bookshop is opened in 1922 which will work here until 1935.on the space left, the “Avram Iancu” confectionery will be opened.