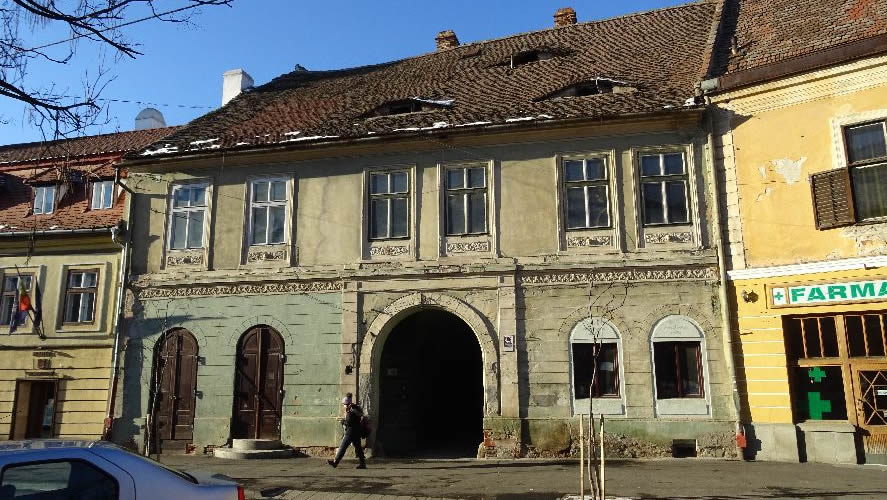 The main building with the long base facing the street has a symmetrical facade made up of six axes, with a semicircular vaulted corridor.
The upstairs windows display frames and ornamental paneling with terracotta vegetal motifs. High roof, with the ridge parallel to the facade, exhibits three eye skylights, on two levels.
Semicircular, vaulted cellars and some of the rooms downstairs. More rooms upstairs display Baroque, festooned  ceiling stucco.

In the semi-cylindrical arched passageway one may find a stone cadre made of Renaissance stone mentioned in the log-books marked with the initials TS, assumed to belong to goldsmith THOMAS STIHN.
The baroque staircase with two balusters, placed at the right hand side of the exit from the passage way must also be mentioned.

House built in 1570 by the goldsmith Thomas Stihn (died in 1589) after the devastating fire that year. Since the end of the 19th century the house is owned by the Jickeli family.
Since the beginning of the 20th century, commercial spaces emerge downstairs.