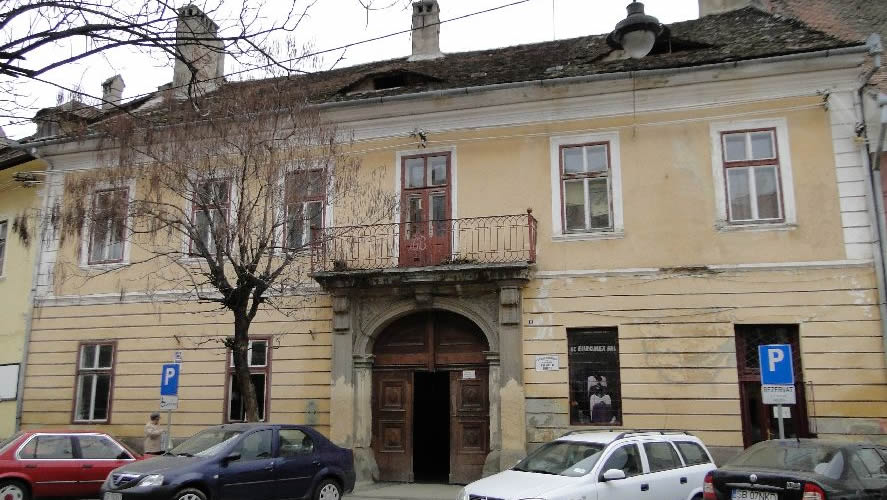 The Carol and Michael Brukenthal House,

The former residence of Michael and Carol Brukenthal. The Brukenthal family bought an older building dating from the 15th century which they later transformed into a luxurious residence in 1799.
The residence presents an arched inner courtyard. The façade displays a stone baroque portal with rectangular shaped columns sustaining a balcony. The ironware of the balcony is of a particular quality, of empire inspiration and engendering the monogram of the owners BB.
The staircase is very complex, with a ceiling and a niche (once hosting a sculpture) decorated with plastering and an elegant railing missing some of the stone railing. Eight of the halls situated at the first floor are decorated with plastering, the most important hall being the one looking onto the garden; one of the halls has arches with penetrations.

Until 1908, when it moved to  Bd. Victoriei., here operated the Court of Justice (Gerichtshof. K. u.) In 1909, the Evangelical Boarding opens here which will function until the 40s.
After 1909 the first trading estates appear by the street.
It was used as a location for the movie “The Headless Rooster”, directed by  Radu Gabrea.