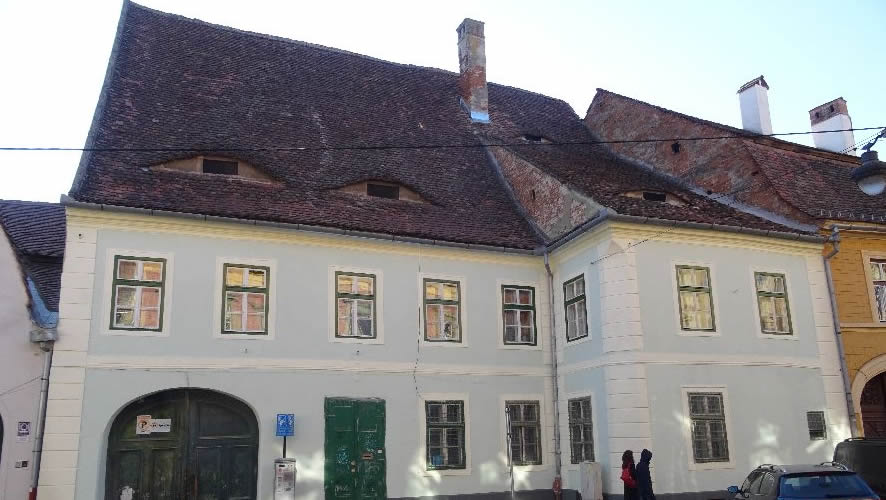 Basement, ground floor and upper floor building formed from the merge of two bodies. Seven axes facade (upstairs), the two on the left, placed on a jutty.  Steep roof with two eye skylights. Inside, there are more rooms with stucco ceilings.

A restaurant functioned on the ground floor, since the end of the 19th century until after the Second World War.