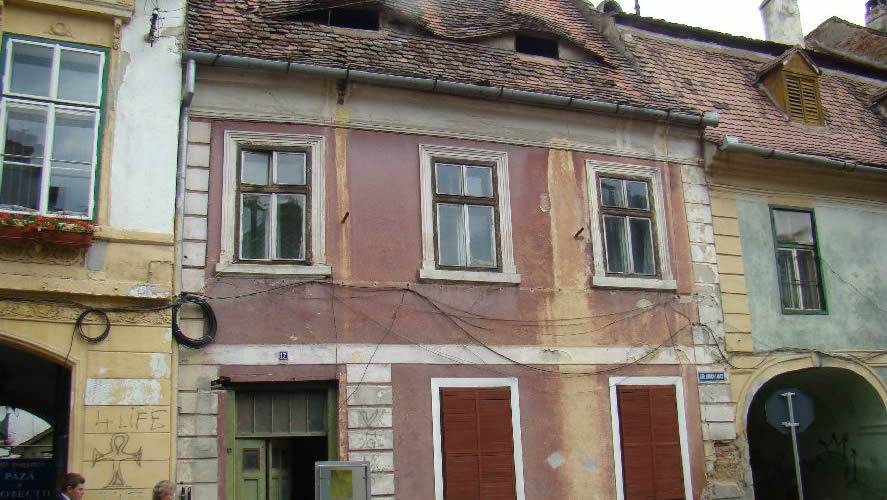 During the 1848 Revolution, Timotei Cipariu , a great personality of the Romanian culture, deputy and officer in the Revolution’s Managing Board, followed by the authorities, flees to Sibiu, where he settles down in the room upstairs in the Böbel house. Also in Johann Böbel’s house, Cipariu meets one of the revolution’s leaders and together they plan the tide.
Timotei Cipariu lived here between 1848-1849
The house was in the second half of the 19th century under the property of Johann Bobel who opens a bakery. Here will operate the bakery until the Second World War.