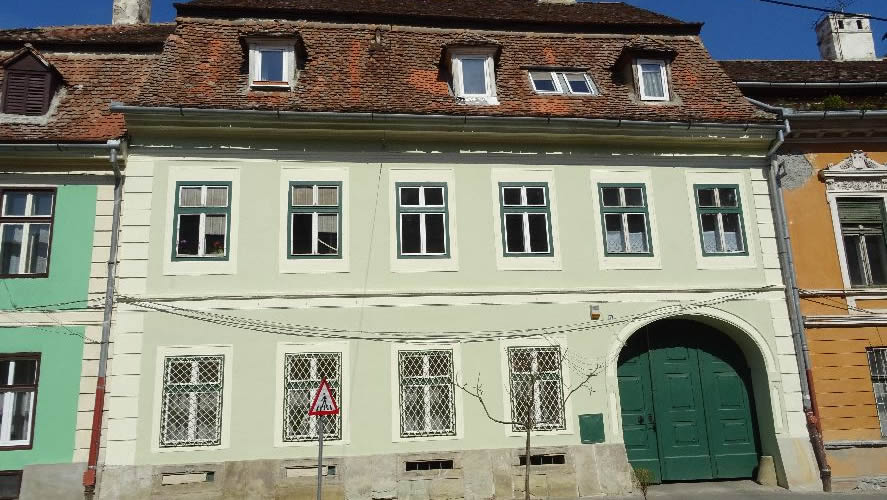 Expanded on three sides, the building is made up of ground floor and upper floor. The attic, ridged roof, with double wing windows.  with the ridge parallel to the street displays three ridged, rectangular skylights.

The house was bought by Ludwig Bedeus von Scharberg at the end of the 19th century, when it receives the present shape. The house will remain under the property of the Bedeus family until the nationalization.
The old building was the office of the Agricultural Association of the German people from Transylvania, established in 1845.
After the war, it was the office of the Sibiu County School Inspectorate.