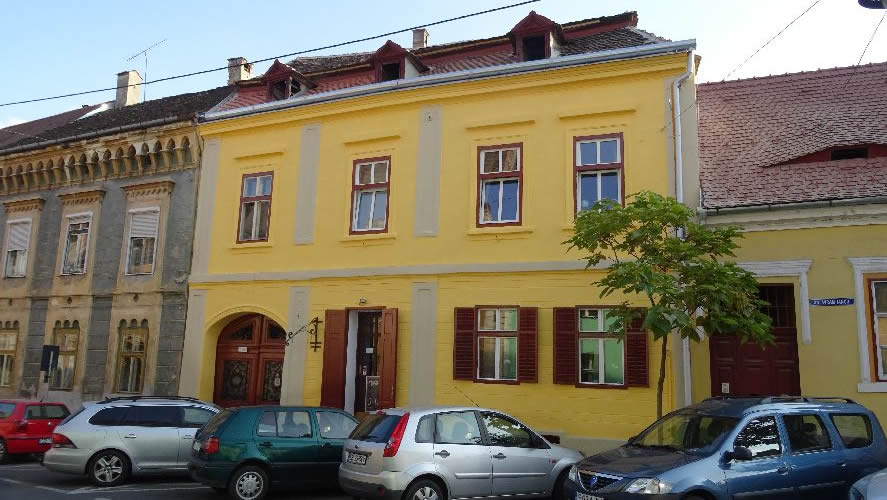 Massive building, made up of basement, ground floor and upper floor. The five axes facade, displays on the ground floor three windows protected by shutters with adjustable slats. Two level attic roof, on the first level there are three high, rectangular, ridged skylights with triangular gables.

- On the ground floor, some rooms have cross vaults, supported on consoles, distinctive for the Renaissance (16th and 17th century)
- the double folding access gate exhibits a decorative lattice with a medallion, with the S monogram, the initial of the owner Schulz (end of the 19th century)

The house was bought by Josef Schulz at the end of the 19th century from Josef Anton Popp’s followers.
Schulz will open a winery on the ground floor which will work here until the nationalization.