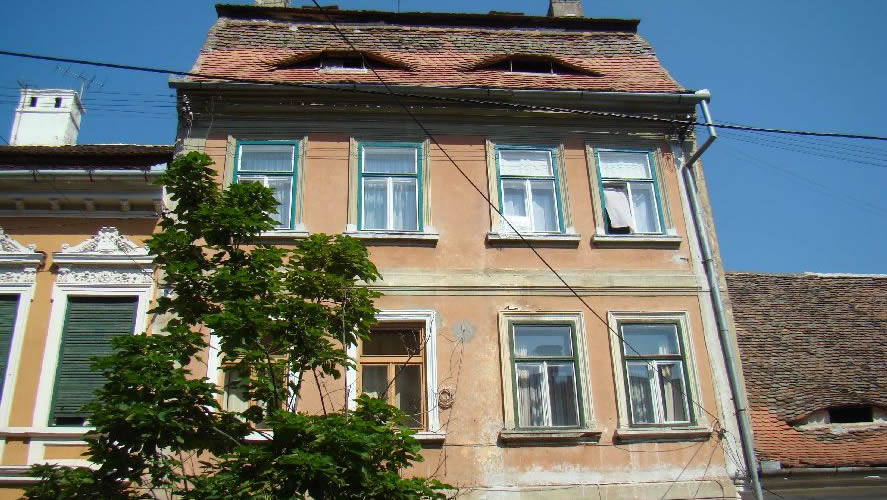 Basement, ground floor and two upper floors building. The facade is structured into four axes, with the vaulted corridor near the two right axes.
High, ridged roof, with the ridge parallel to the facade, with two eye skylights. The corridor is cross-vaulted and downstairs there are cross-vaulted rooms with Renaissance stone consoles. The facade keeps the Baroque mark.

The wooden gate, made up of oblique planks, arranged on six vertical registers; it keeps the Baroque hardware

Here lived in his last years of life George Baritiu and his son Ieronim Baritiu. During 1884-1892 here was Transylvania magazine’s editorial.
In the 19th century, the house was under the property of Baron Eugen Salmen.