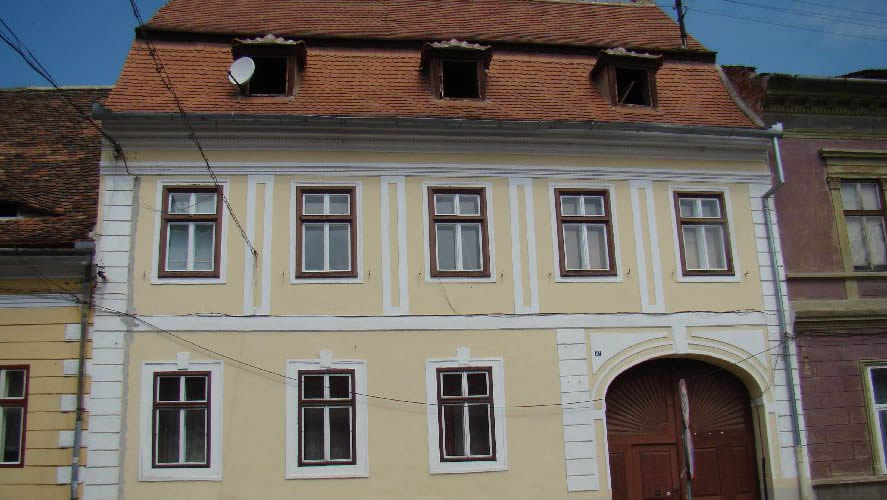 Basement, ground floor and upper floor building. The facade displays five windows upstairs, three downstairs and the far left portal. Ridged, attic roof, with the ridge parallel to the facade with three eye skylights. The building behind the yard built on the wall of the 3rd precinct.
The cellars keep the medieval character.

During September 1848-March1849 here operated The Romanian National Committee. In that period, in this building lived S. Bărnuţiu, G. Bariţiua and N. Bălăşescu. The house was owned by a so-called C Kinetti.
In November here stops Nicolae Balcescu, and in December 1848 Avram Iancu.
In  1972 in the building’s cellar was discoverd the County’s Treasury composed of  6 982 silver coins hidden when the Hungarian troops entered the town. The discovery was made by a rooster left into the cellar. Now the treasury is at the History Museum.