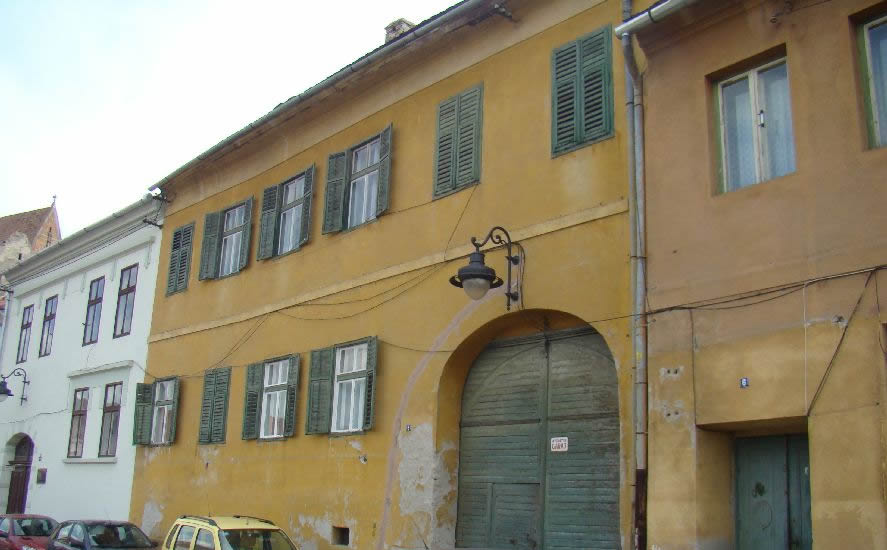 The house is formed of a basement, a ground floor and the first floor and has a façade organized on six lines, with adjustable slats shutters. To the right the façade displays a circular arc. The two-ridged roof has a crest parallel to the street and two eye-shaped skylights .
The house was built by Julius Misselbacher, remaining in his family until it was nationalized.