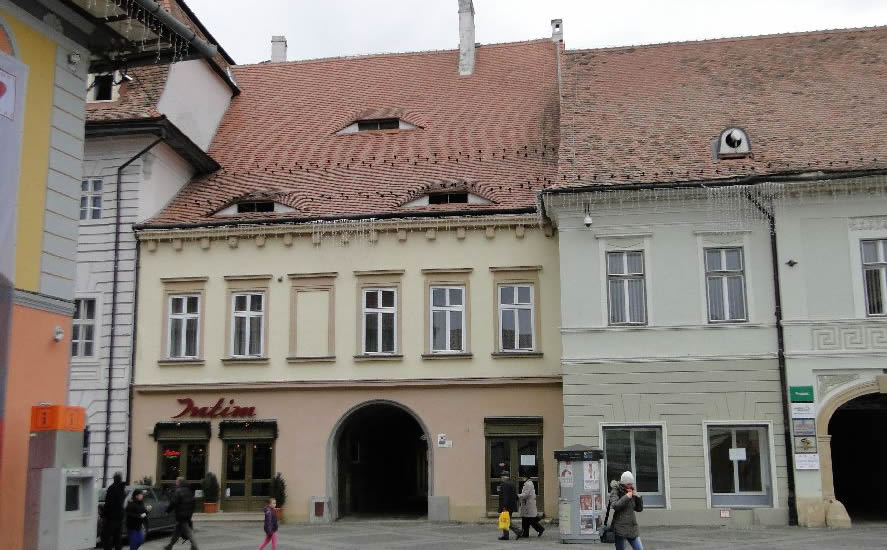 The main body is formed of a basement, a ground floor and the first floor. The façade looking onto the square unwinds on six lines at the first floor. The gutter is sustained by consoles shaped like large denticles. The abrupt, ridged roof has a crest parallel to the street and displays three eye-type skylights disposed on two levels.

The building was purchased in 1872 by the Land Credit Institute with the purpose of hosting its offices. It functioned here until 1907, when it moved to a new building (the present day building of the City Hall)
Alfred Seiser’s coffee shop opened to the right in the 19th century, continuing to function here in the period between the two World Wars under the management of his son, Oskar Seiser.