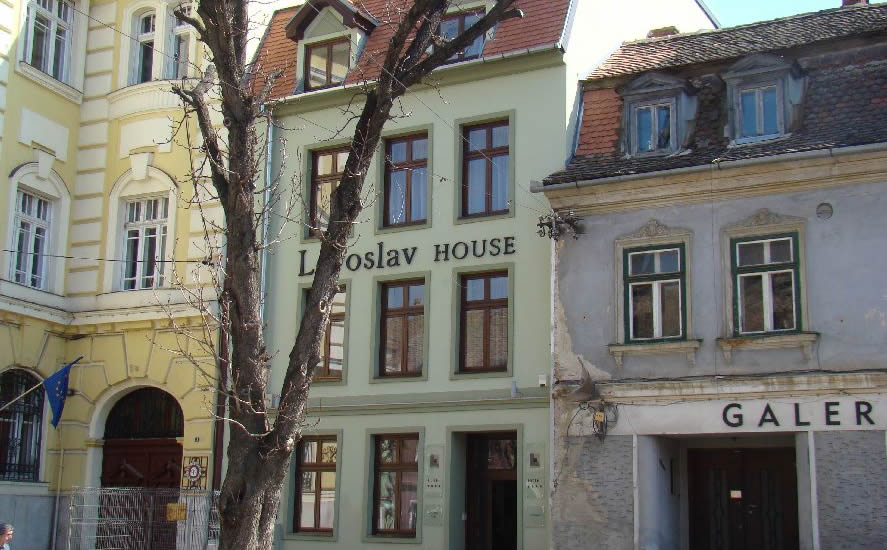 The building has a rectangular plan out of which, on the left wing of the lot, a small inner courtyard is carved off. The façade looking onto the street is the narrowest.
The three-ridged abrupt roof has a crest perpendicular on the façade which looks onto the street where is displays two square skylights covered with ridged roofs.

- The high relief and the bust (situated in the lobby) were produced by sculptor Ioan Cândea. The high relief which was inaugurated in 1994 and indicates the fact that “Ján Levoslav Bella (1843-1936) lived in this building between 1881-1921 and created the first Slovak opera here.”

For 40 years, the building was the home of composer and director Jan Levoslav Bella who lived in Sibiu between 1881 and 1921.