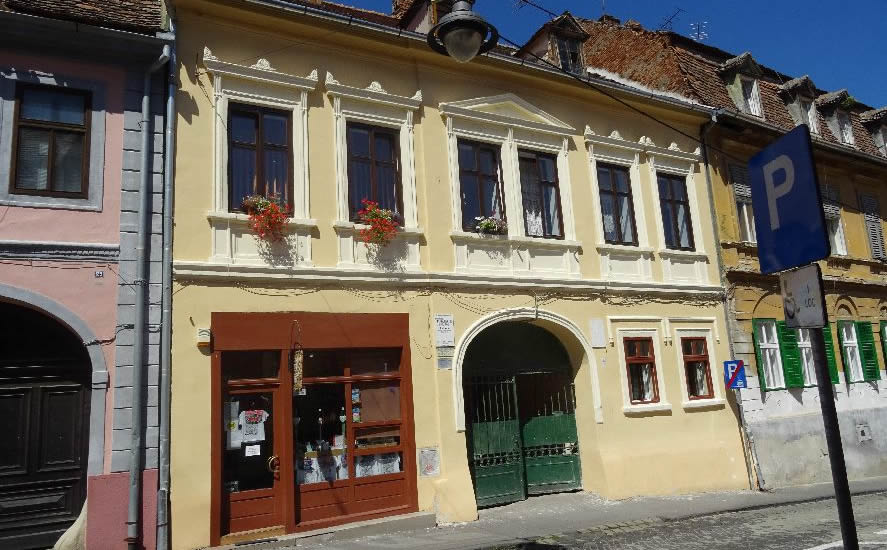 The façade towards Magheru Street is organized on six lines at the first floor. The basket handle arched passageway of the gate is situated at the center. The building displays a profiled gutter and a ridged roof with a smooth slope, a crest parallel to the façade and three tall, rectangular skylights with a triangular pediment.

It displays two commemorative plates unveiled in 1998:
“Tribuna journalist Ioan Bechintiu (1848 – 1898) was born and lived in this house. Between 1884 and 1903 he was the doctrinaire of daily newspaper Tribuna, which was edited in Sibiu”
“After being released from the Hungarian prison in Vacz, writer and founding manager of daily newspaper Tribuna, Ioan Slavici (1848 – 1925), lived in this building in 1889 together with his entire family”