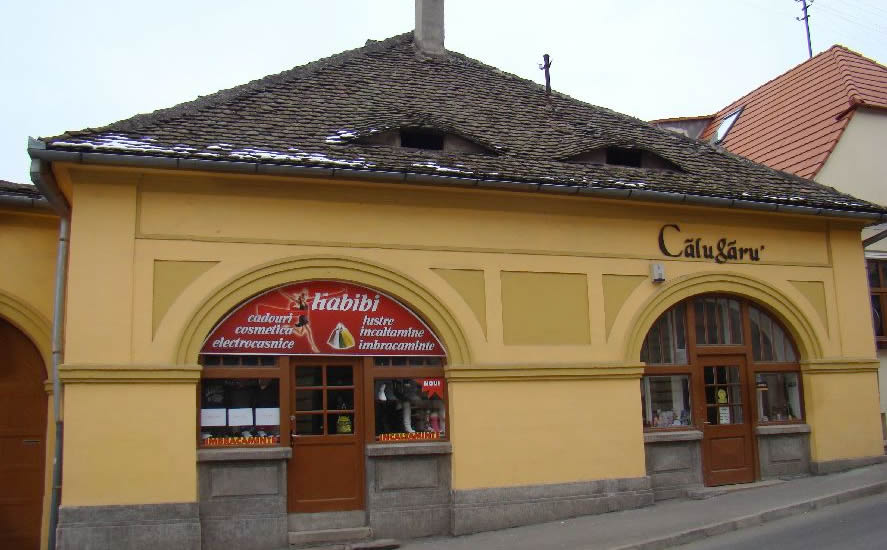 Property consisting of three buildings arranged one after the other, on the right side of the parcel. The street wing, with the facade structured on two axes, arches enclosed by a brick parapet. Four ridged roof, with two eye skylights.

On the right side functioned Ludwig Fronius’ winery and the Import-export Chamber established in 1863. On the left opened the Calugaru ( Mönchhofkeller) restaurant-cellar since January 1928. It was kept under this name in the communistic period, too until the 90s.