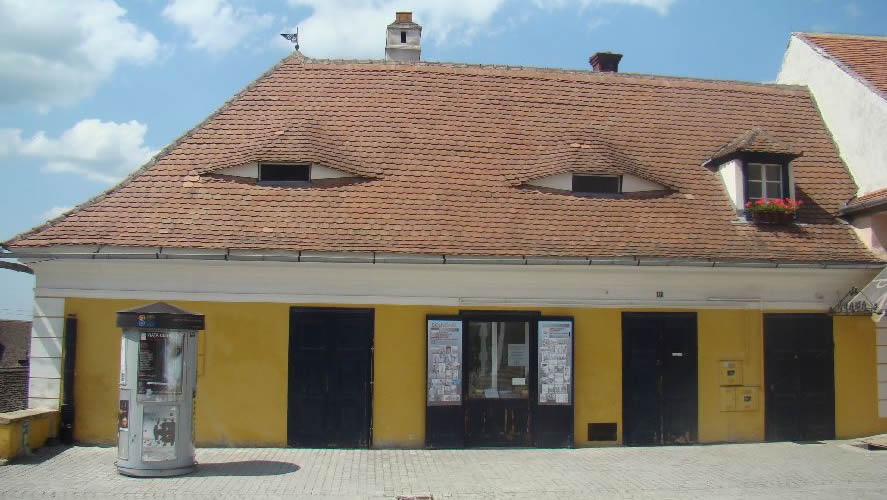 Building erected in the XVIth century, together with those at no 18, 19, 20 to close the perimeter of the square. The South and West facades were modified in the XIXth – XXth century. Placed on the Northern side of the square, next to the stairway leading to Ocnei st, the building has two wings in an L shape and two floor. Because of the slope, in Piața Mică the house appears to have only one floor, with access through the courtyard while the inferior floor is accessible only from the Ocnei Stairway.
Interior: The rooms of the basement have barrel vaults. Only two rooms of the ground floor have the same barrel vaulted ceilings while the rest have flat roofs plastered on ceiling wood joists.
Hip to hip roof with four pitches, two eyebrow dormers on the stairway side and one hipped dormer towards the square.

At the beginning of the XXth century the building was bought by Heinrich Reschner, who opened at the ground floor a haberdashery and musical instruments shop. After the death of the owner, the house is bought in 1921 by Frieda Klein, who rented the commercial space to T. Dordea, then to Ioan Şandru for a manufactured textiles shop. Between the two world wars in the building was the restaurant of a certain Nedelea.