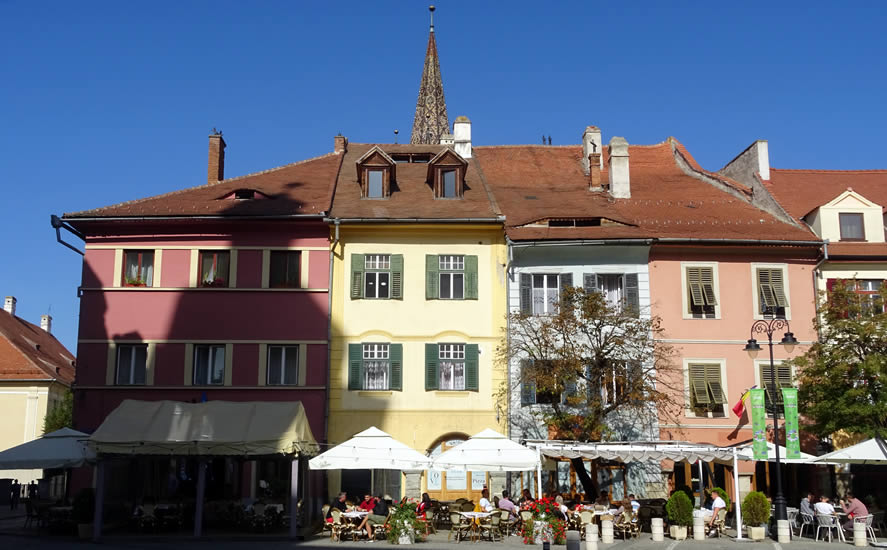 the XV-XVIth centuries- the end of the XVIIIth century

It is unfolded on a narrow rectangular plan and it includes the ground level , two levels and a basement.
The street access is made from the street directly to the first level through a gangway which opens in  an arch on a wooden staircase. The ground level is almost entirely vaulted in vaults with penetrations, one of the rooms being cylindrically vaulted. The frontage towards the Small Square includes in the ground level 2 archways supported on 3 massive piles, simple stonework profiles surrounding the superior part of the archways. The window shutters in the from the interwar period with liniar ancadraments.
The basements are semicylindric vaulted with penetrations incorporating fragments of the first fortified building.
The two sided roof towards the two frontages include a dormer window and a baroque chimney.

- Baroque stucco work and carpentry at the first level

The building had initially had only the partial basement, ground level and first level. The second level was added much later.

It is interesting to remember that Emil Kirscher- the one who opened the famous restaurant Unicum- had been living here at the end of the XIXth century.