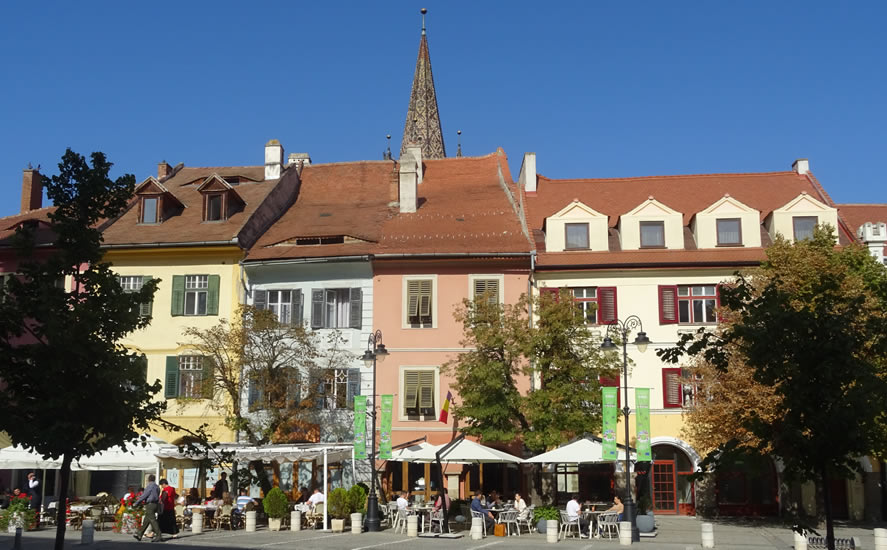 the XV-XVIth centuries; the end of the XVIII century

The building is made up of  basement, ground level and two floors. It is entirely developed on length due to the narrow square division. The frontage towards both squares is made up of one room. The frontage towards the Small Square reveals at the ground level two openings in arch with the archivolts easily flattened and supporting on columns with flattened capitals and edges.
The building had initially had ground level and first level, the second level being built in the XVIIth century. In the XIXth century, during a renovation, the frontage was decorated with plaster ornaments and huge windows and the gallery was transformed in a shop. The two sided roof towards the two frontages form an unitary volume with the house nr. 8.

In the XIXth century Johann Gebora was the owner of the building running a clothes’ shop in the ground level.

Prof. Petru Span lived here in the beginning of the XXth century.